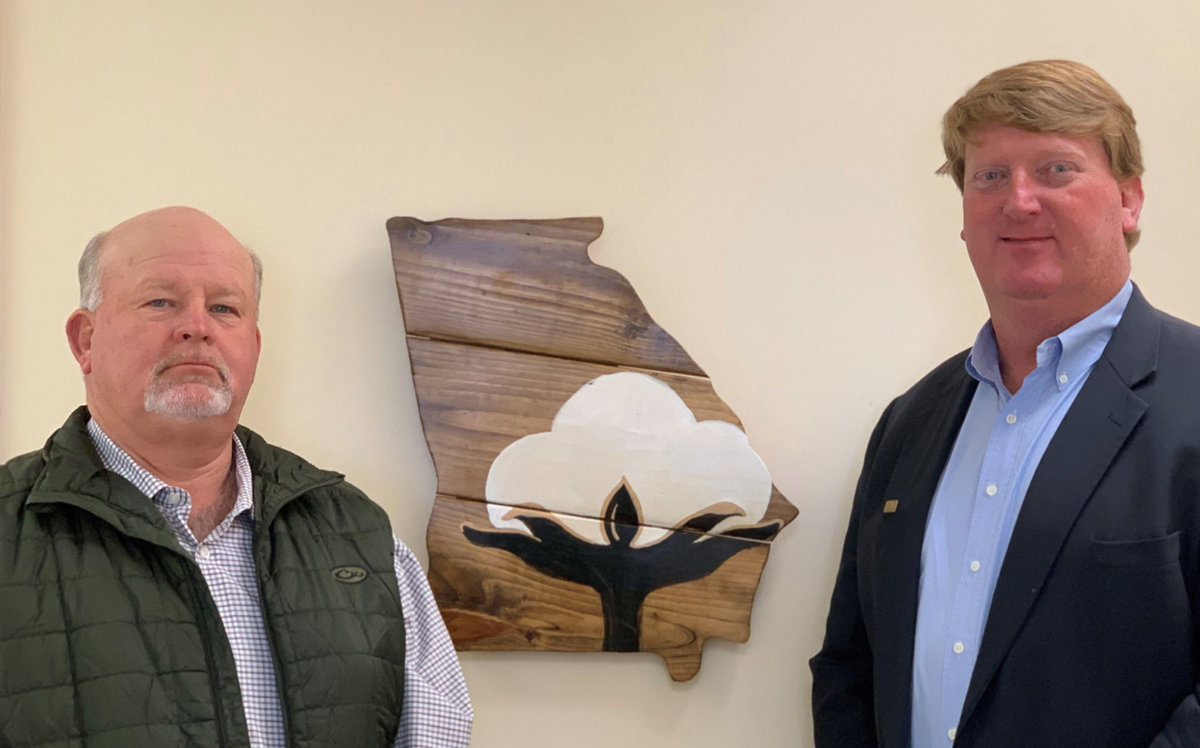 Bart Davis operates Davis Farms with his wife, daughter and two sons. Davis is a longtime supporter of FFA and holds a State FFA Degree as well as being named Georgia Star Farmer. Davis has also been named Farmer of the Year at the Annual Peanut Festival in Sylvester. In addition to serving as the Georgia Cotton Commission’s Chairman, Davis serves as chairman of the Boll Weevil Eradication Foundation of Georgia, an alternate to the National Cotton Council and a Director for Southern Cotton Growers.

Chad Mathis is a partner in Mathis Farms General Partners along with his father and brother. He graduated from Valdosta State University with a BBA in Marketing and returned to the farm in 1998, and he has three sons. Mathis previously served the Georgia Cotton Commission as a board advisor. In addition to service with the Commission, Mathis serves the industry as a delegate to the National Cotton Council of America, state co-chairman for the American Cotton Producers of the National Cotton Council of America, an officer of the Southern Cotton Growers, and an alternate delegate to Cotton Incorporated. He is also a graduate of Leadership Baker.